Handsome Devil is a 2016 Irish comedy-drama film directed by John Butler. It was screened in the Contemporary World Cinema section at the 2016 Toronto International Film Festival. It centres around an ostracised teenager (Fionn O'Shea) at an elite, rugby-obsessed, all-boys boarding school in Ireland modelled on Castleknock and Blackrock, whose new roommate (Nicholas Galitzine) is the school's new rugby star-player. The two form an unlikely friendship until it is tested by those around them. The film features themes of homosexuality, while examining the hypocrisy and snobbery of the Irish private school system. Handsome Devil received critical acclaim, winning the award for Best Irish Feature of 2017 from the Dublin Film Critics' Circle; four nominations at the 2018 Irish Film and Television Academy (IFTA) Awards, including Best Feature Film; and the Best Single Drama Award at the annual Celtic Media Festival in 2018.

The film is set at an elite rugby-obsessed all boys boarding school in Ireland modelled on Castleknock and Blackrock, and is seen through the eyes of Ned, an ostracised student at the school. He seems to be the only student there who does not enjoy rugby. A new student arrives at the school, Conor, who is Ned's roommate and a star rugby player. Though the two are initially wary of each other, they soon form a close friendship, with a particular interest in music. The new English teacher, Mr. Sherry, also arrives at the school, who, though stern, is encouraging towards Ned and Conor. It is revealed throughout the film that the school generally encourages homophobic behaviour, particularly by the students and the rugby coach, Pascal.

During a night out celebrating with the rugby team, Conor sees Mr. Sherry with his male partner at a gay club and understands that he is homosexual. At the same time, Ned realises that Conor himself is gay after seeing him in the same gay club. Pascal sees the two of them talking with each other and becomes worried that Mr. Sherry's influence will have a negative effect on Conor, his most valuable player.

Ned and Conor decide to perform a musical piece at the local elementary school's variety show, at the encouragement of Mr. Sherry. Pascal and the rest of the rugby team discover that Conor was kicked out of his former school for repeatedly getting into fights with those who discovered that he was gay, and uses it as blackmail, insinuating that if he does not pick different friends, his secret will be revealed. As a result, Conor does not turn up to the variety show performance, much to Ned's dismay. Ned turns up to an event with the rugby team, where Conor shoves him away in front of the entire team.

Angry and frustrated, Ned outs Conor in front of the entire school during a rugby rally. Ned is expelled and Conor runs away.

As the final match approaches, Conor is still missing. Ned knows where to find him and brings him back to the stadium, where they convince Pascal that he can still be gay and a good rugby player, and that Conor is not ashamed of his sexuality, despite that being the case in the past. The team eventually wins the final of the Leinster Schools Senior Cup. Ned returns to the school and wins the English writing competition using the story of his friendship with Conor. 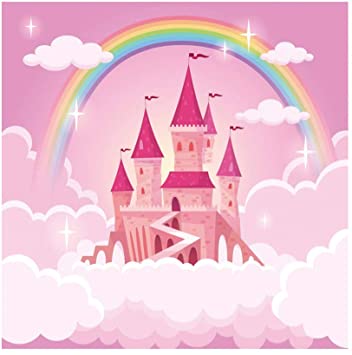