She was born Alice Babette Toklas in San Francisco, California into a middle-class Jewish family and attended schools in both San Francisco and Seattle. For a short time she also studied music at the University of Washington. She met Stein in Paris in 1907 on the first day that she arrived. Together they hosted a salon that attracted expatriate American writers, such as Ernest Hemingway, Thornton Wilder and Sherwood Anderson, and avant-garde painters, including Picasso, Matisse and Braque.

Acting as Stein's confidante, lover, cook, secretary, muse, editor, critic, and general organizer, Toklas remained a background figure, chiefly living in the shadow of Stein, until Stein published her memoirs in 1933 under the teasing title The Autobiography of Alice B. Toklas. Ironically it became Stein's bestselling book. Until Gertrude Stein's death in 1946, the two spent their lives together. [1]

After the death of Gertrude Stein in 1946, Miss Toklas published her own literary memoir, a 1954 book that mixed reminiscences and recipes under the title The Alice B. Toklas Cookbook. The most famous recipe therein (actually contributed by her friend Brion Gysin) was called "Hashisch Fudge", a mixture of fruit, nuts, spices, and "canibus sativa" [sic].

This lent her name to the range of cannabis concoctions called Alice B. Toklas brownies. The cookbook has not been out of print since it was published. A second cookbook followed in 1958 called "Aromas and Flavors of Past and Present," however Toklas did not approve of it as it had been heavily annotated by Poppy Cannon, an editor from House Beautiful magazine. She also wrote articles for several magazines and newspapers including The New Republic and the New York Times.

In 1963 she published her autobiography, What Is Remembered, which abruptly ends with Stein's death, leaving little doubt that Stein was the love of her lifetime. Her later years were very difficult because of poor health and financial problems, which were aggravated by the fact that the Stein heirs took away the paintings that had been left to her by Stein. Toklas became a Roman Catholic convert, and even asked the priest attending her at death if she would meet Gertrude in heaven. Toklas died, aged 89, and is buried in Père Lachaise Cemetery, Paris, France.

The 1968 Peter Sellers movie I Love You, Alice B. Toklas was named for Toklas' cannabis brownies, which play a significant part in the plot.

Alice B. Toklas is pictured in the Swedish absurdist comedy film Picassos Aventyr (Adventures of Picasso), directed by Tage Danielsson. A running gag is based on word play: Gertrude Stein often silences Alice B. Toklas with the phrase "Alice, be talkless".

Toklas is mentioned in the Eric Schwartz song "Hattie and Mattie" on his "That's How It's Gonna Be" album. The song also appears on Holly Near's album "Show Up." 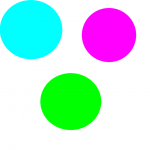